↓ Skip to Main Content
Home › Engineering › What makes an engineer an engineer? 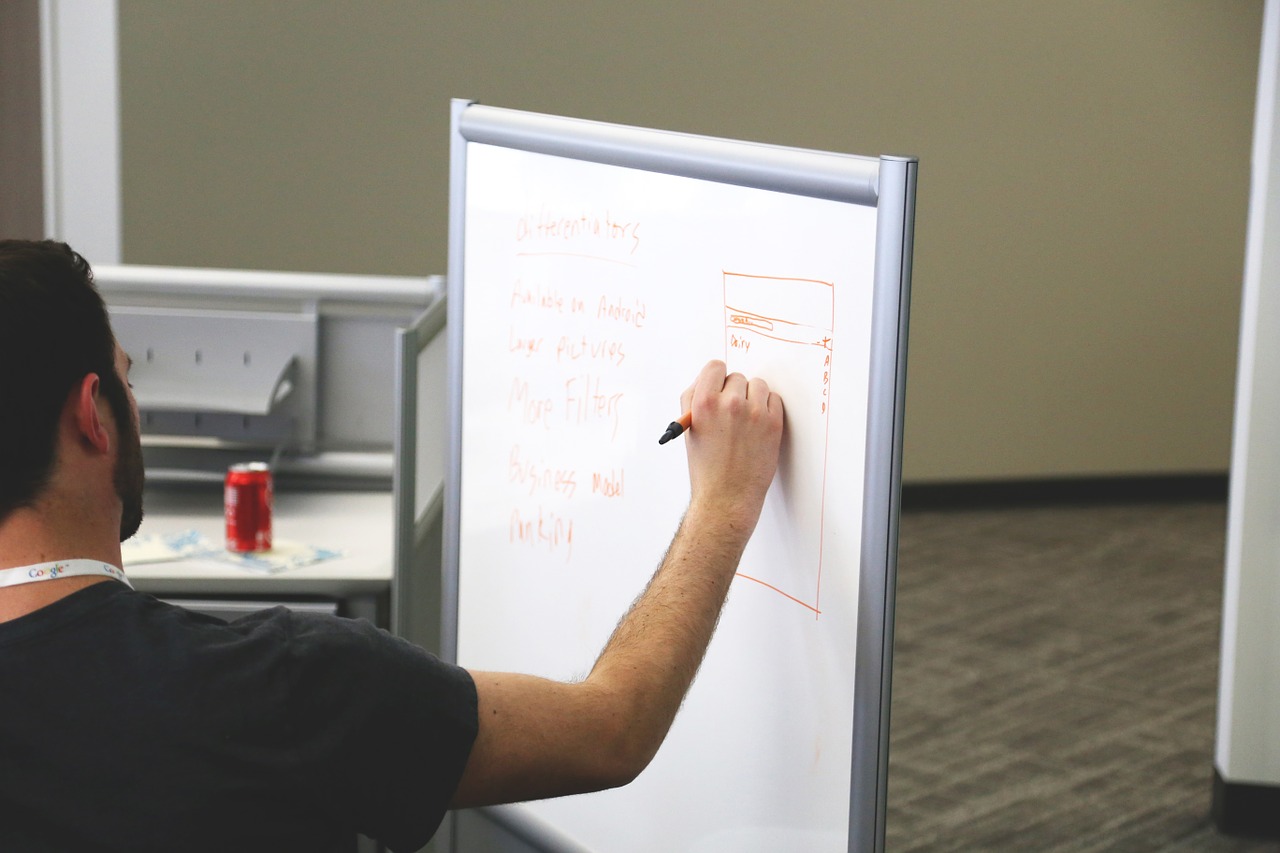 onipPosted on July 6, 2013 Posted in Engineering

Since engineers are trained to focus on data and facts, they may assume that cultural differences have little impact on their professional practice. After all, no matter where you live, a car is a car, a pipe carries fluids, and the laws of physics are the same.

But since data interpretation is carried out by people, cultural differences sometimes play a significant role in the work of engineers. In particular, the kind and amount of data that engineers collect and the way they interpret it to solve problems varies from country to country. These differences can be partly attributed to what engineers learn at engineering school and how they are taught.

By comparing the mechanical engineering curricula in a few universities in Canada, the United States, France and Mexico, I found key differences in the education of engineers, which have on impact on their professional activities. I am not suggesting that one curriculum is better than another. What I am suggesting is that engineers are not all made out of the same cloth. Further, engineers trained in different countries can complement one another, once they have learned to work together effectively.

This article compares the mechanical engineering curricula of the following universities:

The French and Mexican education systems for engineers tend to emphasise theory, while the Canadian and American systems include more time for practice. This is reflected in the relative amount of time spent, on average, in university classes versus time spent on internships, as shown in Figure 1. These percentages are based on the number of weeks spent in university versus the number of weeks spent in internships or on extended vacations (which are considered suitable for summer jobs). French and Mexican students spend more time in class than their Canadian and American counterparts in order to learn more from their professors.

Figure 1: Relative amount of time spent at versus outside the university

The Latin preference for theory over practice is also reflected in the fact that French and Mexican engineering students spend more time in the classroom and less time in labs than Canadian and American students, as shown in Figure 2.

Figure 2: Percentage of time spent in classrooms and laboratories

Consequences in the workplace

For example, let’s assume that a Canadian and a French engineer are assigned the task of solving a control problem on a specific process (such as a complex distillation column) within a plant. Since the Canadian approach tends to be direct and emphasise speed, the Canadian engineer is likely to first attempt to experiment on the process. If this is not practical, he or she will likely next consider building a small-scale model or simulating the process on the computer. A Canadian engineer generally focuses on solving the specific problem at hand.

The French approach, on the other hand, emphasises generality and reapplicability. The French engineer is likely to first look at a general expression of the problem, starting by setting up differential equations and attempting to solve them analytically. If this is not practical, he or she is likely to consider solving these equations numerically instead. The French engineer tends to focus on solving the problem for all like processes (for example, all complex columns of the same kind). This is based on the reasoning that solutions derived in this manner can be quickly and easily reapplied to similar situations.

When French and Canadian engineers work together, significant tension and frustration often develops. Indeed, they usually both have the same first reaction: “You are doing it all wrong. You are wasting time [solving your differential equations/building your small-scale apparatus]. Doing it my way will get us to the end point faster.”

But with time and experience, French and Canadian engineers can learn to appreciate the benefits of combining theoretical and practical approaches in a synergistic manner, since there is value in both. A good compromise between the two approaches might be to examine all like processes in the plant, thereby ensuring that the solution obtained can be easily reapplied. This approach is more general than the Canadian approach, but more focused than the French approach.

Engineering versus Arts and Sciences

The range of subjects mechanical engineering students study varies widely in the four countries (see Figure 3). The Canadian and French universities considered in this study are at opposite ends of the spectrum with respect to the concentration of credits in engineering, versus other subject areas. The percentage of credits allocated to engineering courses varies from 21 per cent at the École Polytechnique de Paris, to 64 per cent at the University of Waterloo.

Each country tends to approach engineering education in a different manner. Here are some of the key differences:

Figure 3: Percentage of the total number of credits needed in each field

This difference in educational approach comes from different emphases: In France, the best students are encouraged to learn a little about a lot of subjects, because major breakthroughs are expected to come from people applying ideas and concepts from one scientific field to another. In Canada, the best students are encouraged to concentrate on one area within their field, because major improvements come from experts who know specific processes or topics inside out and can apply their knowledge to a wide range of situations.

Deciding who to hire

Differences in educational background and training become critical during job interviews and promotions. For example, French engineers seeking jobs are expected to talk about their work and past experience during job interviews. They are also expected to be knowledgeable about a wide range of topics (including arts and literature). The ability to discuss such topics during business meals is an important skill in both French and Mexican organisations.

Canadian candidates seeking work are expected to have a solid knowledge of their technical field. Questions related to non-technical and non-managerial topics are not considered appropriate during interviews in Canada (and in the U.S.).

When engineers from different countries evaluate applicants from a range of countries for a new position or an internal promotion, they may rank them differently, because the skills that they consider important for the position may be different. Reconciling these differences in values is critical to reaching consensus on the best candidate for the job.

When engineers trained in different countries work together, they often think that people trained in other countries are “wasting time” by approaching problems “from the wrong angle.”

In Canada and in the U.S., people value action and speed. Canadians and Americans want to brainstorm solutions in order to find quick solutions. Actions may be taken with limited information in order to “get the ball rolling.” With limited information and a focus on action, Canadian solutions tend to be pragmatic, focusing on the specifics of the problem at hand. Canadian logic goes from the particular to the general, in an inductive manner.

In Mexico and France, people value theory and comprehensiveness. Mexican and French engineers tend to analyse problems in general terms and to seek a general formulation of them. They look for a general solution to a general problem, and then apply the general solution to the specific problem at hand. French and Mexican logic goes from the general to the specific, in a deductive manner. This is because French and Mexican engineers want to ensure that they have a good theoretical solution to the problem before starting to solve it.

Differences in approaches also arise from differences in the resources at hand. For example, higher labour costs and skill levels make process automation and the use of heavy equipment cost-effective and thus the preferred approach in Canada, the U.S. and France. Conversely, using large numbers of unskilled workers may be the preferred solution in Mexico, where labour costs and skill levels are lower. This difference in approach is often found when you compare developed and developing countries.

Getting the best of both worlds

All engineers are not created the same, and cultural differences have a big impact on the work that engineers do on a daily basis. Understanding the impact of these differences and overcoming the challenges they create are critical to the success of multinational engineering teams.

When they overcome these challenges, multinational teams can often reap significant benefits from cultural differences. Synergy can be created in the area of problem solving. Indeed, combining the French/Mexican general, theoretical and analytical approach with the Canadian/American pragmatic approach can result in better solutions, which can be implemented relatively quickly and easily reapplied in other parts of the plant or corporation.

When working with engineers who have been educated in other countries, readers are encouraged to discuss and compare differences in education systems. Such a discussion generally provides much insight into why engineers approach problems the way they do and what is important to them. 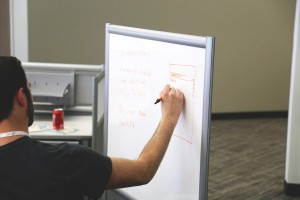